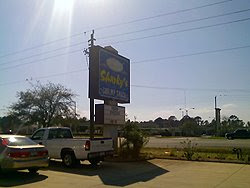 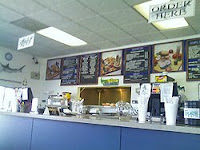 Face the order counter. Look to your right and you'll see a a small hallway opening just beyond the end of the counter. The bathrooms are down there, two one-baggers, one for men and one for women. Sharky's is a modest seafood restaurant located on U.S. 1, just south of St. Augustine's tourist-friendly city center. It's on a stretch of U.S. 1 that looks like most stretches of U.S. 1 in Florida -- a sort of minor wasteland filled with anonymous-looking store fronts, fast food restaurants and billboards. In fact, from the outside, Sharky's looks like it once was a Pizza Hut or similar type of restaurant. 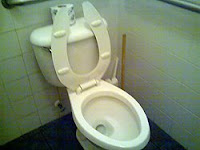 Inside, it also looks like a fast food restaurant, with a standard order counter and an illuminated menu overhead. The dining room comes filled with Formica booths and tables, as well as a sitting area that lines the perimeter of the place and has a slight Florida-Cracker feel to it (kind of backwoods-y and homey, if you will, though nothing too extensive.) White and blue tile lines the interior walls, as do a smattering of novelty signs showing fish you can catch nearby and such. Essentially, it looks like a standard chain restaurant with little character to show for it. 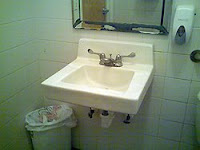 Of course, that isn't a bad thing when the food is good, and Sharky's fries up some decent fish and fries, though it's specialty (as the name suggests) is definitely the fried shrimp, which is tenderly fried, crisp and flavorful. Very delicious and very affordable (about $11 gets you a mammoth platter of fried fish, shrimp, clams and fries that will easily feed two or three). Not the best fried shrimp I ever had, mind you, though certainly very good and certainly worth of a stop if you're in the area. The bathrooms extend the chain restaurant feel to the place. They are bland in appearance and put function well over flair. The walls contain a mixture of standard white tile and white drywall and the floors are covered with black linoleum. No decor, just a white porcelain sink and toilet, a soap dispenser, exhaust fan, mirror and little else. Pretty boring -- not exactly what you'd expect from a place called Sharky's, if you think about it.

Going in, I assumed this place would have many similarities to places like Boston Lobster Feast or Rusty's, but instead it felt more like the Chick-Fil-A I visited in Wake Forrest -- bland, Teutonic and functional, nothing more. Disappointing, to say the least. 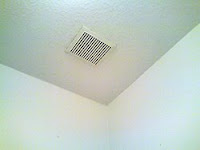 On the plus side, it was very clean, quiet and odor free here (which is actually a good sign that the seafood used here is fresh as can be). And given that, the place already has a serious leg up on Uncle Bubba's or High Tide Harry's, both of which had more character but were far less clean and odor-free.

6. Certainly clean and comfortable, but with a name like Sharky's you expect a little more quirkiness, not the bare minimum.

Need to add some flair here. Check out Boston Lobster Feast or Tacos El Rancho, the latter of which has -- in my opinion -- sets the bar for what fast food restaurant toilets can accomplish.
at 15:39