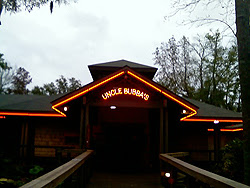 A bit tricky to find. From the entrance, snake around the front enclave (which contains the giftshop) and twist through a long hallway into the main dining room. From there, look to the left, for a large grill station. Just past that, while facing the rear of the place, is a smaller hallway. The bathrooms are in there. 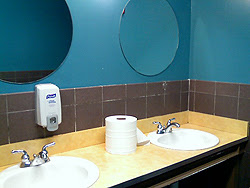 I begin with saying that this review is based on my second visit to this spinoff of the Paula Deen southern cooking empire. (Uncle Bubba is Paula Deen's brother, who just happens to also be a "great southern cook," though many of her recipes are found on the menu.)

The first time I was here, I found the meal decadent but delicious -- great grilled oysters, succulent shrimp and grits, outrageously flavorful crab stew. It was so great that when I decided to return to Savannah for a long weekend, all I could think about was getting back to Bubba's.

Of course, the problem here is that my second trip to Bubba's was one of the worst dining experiences I've had in recent memory. The crab stew (my favorite item last time out) this time contained little crab and came covered with mounds of cheddar cheese, which in turn prohibited me from tasting anything other than cheese. A similar heavy coating of cheese covered the famous Paula Deen crab dip, which also tasted little of crab as a result (and the cheese layer was so thick that it proved difficult to eat with the accompanying tortilla chips -- each time you dipped a chip, the entire cheese layer came with it). Yet even more cheese (low-grade parmesan) topped the grilled oysters, which this time tasted flat, poorly cooked and slimy instead of plump and luscious, like last time. Clearly, the place has decided to follow the TGI Friday's concept that bad food somehow becomes more palatable when covered with ungodly amounts of melted cheese. 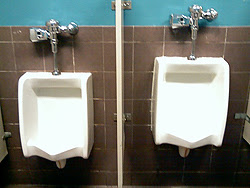 Top it off with some truly awful service (we waited 35 minutes just to get the soup, and when we got it, the cheese topping wasn't even melted!), higher-than-before prices, a bar that was out of the delicious Georgia-brewed Sweetwater Ale, and a feeling that I might vomit soon after leaving, and all I can say is that it was truly awful. I've never been in a place where the experience was so top to tails in the span of a single visit (and my first visit came a mere 10 months earlier). I don't think I'll ever return -- it was that disappointing.

What's ironic, of course, is that when we spoke to people in town and told them how awful it was, all we got in return were looks of sheer shock. "Impossible! Not from Paula and Bubba!" they said. Well, it was possible. (Though I will say we were definitely in the minority -- the others in the dining room that night seemed to be enjoying themselves immensely. If only we were them...... or that blind.....) 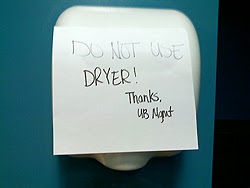 For those who haven't been to Bubba's, here's the lowdown: It's a bustling restaurant set on a riverfront -- and the vibe is that it's a humble riverfront seafood shack. (To be honest, the decor is very reminiscent of the Bubba Gump Shrimp Company stores, albeit a little more low rent in design and without the Forrest Gump references). It's a loud place, very boisterous -- and seems designed purposefully so. The dining room comes filled with Formica tables, linoleum floors, a jumping country music soundtrack and wooden walls. The menu is filled primarily with locally caught seafood, like shrimp, crabs, oysters and the lot. As mentioned earlier, nearly all the dishes are prepared in some sort of classic southern manner -- which means it's all pretty much sticks to your ribs fare, and given that it's a Paula Deen place, most of it is either deep fried or topped with mounds of cheese. This is not a place for anyone on a diet or who is lactose intolerant -- or for anyone who actually wants to taste his or her seafood straight-up. (I suppose the grilled wild shrimp we ordered were supposed to do that, but they just missed the mark and felt undercooked both in terms of temperature and flavor. Cheese might have helped here, I guess.)

The bathrooms are equally disappointing, and my first impression of them, after stepping in, was that they were in the process of being scoped out for repairs. An off-putting, chip-filled brown tile covers the lower walls, with non-matching blue drywall covering the upper halves. The sink vanity is colored sharp yellow, with two bare-bones round mirrors nailed into the wall over each sink. Sinks, urinals and toilets are your standard white and show obvious signs of wear and tear, as well as a few visible pipe leaks. Water, trash and towels littered the floor, and a sharp smell of urine stung the air (most likely because someone didn't bother to "hit the mark" when going). 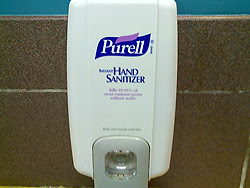 Worse still, there was no soap available to clean your hands with, just a Purell dispenser. So that meant that both employees who were handling raw seafood and customers who were eating this raw seafood had to rely on a few dribbles of Purell to clean their hands with, nothing more -- which, as anyone will tell you, is not acceptable. Nothing gets the stink of peeled shrimp out of your hands better than Purell, right? What are they thinking!?!?!!?

Also worth noting: There was no paper towel holder (to compensate, the management placed a roll of towels on the vanity counter, which was all wet to begin with, so the roll of towels was essentially soaked and useless) and no hand dryer available (a sign taped to it indicated it was broken).

Where to begin? First, perhaps the place should be cleaned more than once a day, which is the impression I got from it. We arrived for an early seating and the restrooms were already torn to pieces.

Second, how about getting some matching colors and some working components? A few air fresheners -- and some soap, of course -- would be great as well.

What's all the more disappointing is that this is a nationally recognized restaurant that gets a lot of publicity -- Paula Deen films her Paula's Party show here! You expect it to be in tip top shape and set to impress, but it isn't. It's a mess through and through! And if the bathrooms aren't in full working order, or even somewhat clean, then you have to start wondering what else isn't in tip top shape?
at 15:03