Luxury and Charm Abounds at Lady and Sons 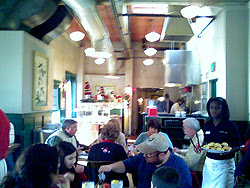 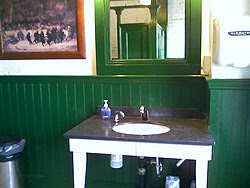 The gift shop bathrooms are located across from the cashiers there. The others are a bit harder to find, but it seems most are set in the center of the building, near or around the elevator shaft, and off a hallway leading to the kitchen. As long as you're near the elevator shaft or in the center of the building, you should be able to find the bathrooms with some relative ease. There are signs as well leading the way, so it's not that hard. Still, this is a bustling place so expect plenty of distractions along the way. 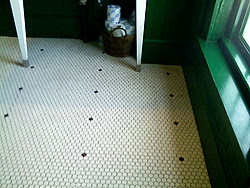 The last time I visited this southern food mecca, I found myself unimpressed with the heaps of fried foods offered here. They were decent, don't get me wrong, but nothing special -- nothing that got me craving southern food in any way. Walking into the place this time, and after having such a horrible experience at Uncle Bubba's Oyster House (the restaurant's sister property) the day before, I was expecting the worst from this place.

But I have to say I was pleasantly surprised. The food here was clean, freshly prepared and flavorful -- and perhaps for the first time in my life I tasted the heavenly possibilities of properly fried chicken. Yes, it was that incredible! (I even mistakenly picked up some fried white meat -- which I normally pass over because it can be bland -- and was astonished by its moistness and complexity of flavor. Wow!) 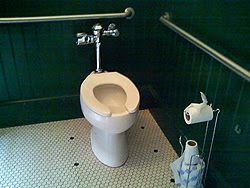 Of course, before continuing, let me say that the Lady and Sons is set in a remodeled warehouse just a few blocks from the Savannah River, in the historic center of town. It's a very popular place -- mostly because tourists flock to it because of Deen's celebrity status. The etiquette here is that reservations are not allowed: You arrive at 11am to put your name on a list for lunch (or at 5pm for dinner) and then are given a time to come back and claim your table. Unless you've been waiting there a while or rudely muscle to the front of the sign-up line, you're often told you will have to wait two to three hours for your table. If you're starving hungry, this of course will cause a problem. If not, then I suggest strolling around the area some -- there are countless shops, attractions and whatnot in the immediate vicinity to occupy you time. Hopping on one of the historic trolley tours is a great option, as it easily kill a few hours -- just keep an eye on the time so you won't miss your table calling. If you do, you're table will be given to the next person on that list. 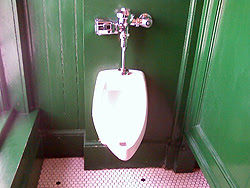 Once inside, you're taken to the aforementioned gift shop, where you can peruse the many Paula Deen-branded items available or hit the bathroom. Soon after, you'll name is called and you're led to the elevators and told which floor to get off. Once off, a second greeter meets you and takes you to your table. The dining rooms here are spacious but also crammed, thanks mostly to the many tables stuffed into the restaurant. The decor mixes southern charm with warehouse barrenness, so it feels like you're inside a warehouse that also just happens to be a country kitchen. It doesn't sound like it should work, but it does.

Once at your table, you can either order off a menu or hit the buffet. Most people head for the latter, since it's the most affordable option and lets you taste more food. (The a la carte items tend to be a bit pricey as well, though -- so I saw from the people ordering them -- they also seemed to be well-sized. 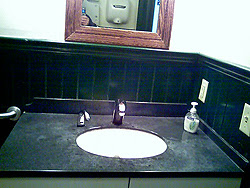 I opted for the buffet, where I found succulent versions of baked chicken, baked fish, fried chicken, smothered steak and several sides, like mashed potatoes, green been casserole, sage stuffing, lima beans, collard greens and more. As said earlier, everything was wonderfully fresh and flavorful -- and surprisingly complex in its spicing, given that it's southern food and meant to be pretty bare bones. It was so good, really, that stuffed as I was, I felt impelled to return to the buffet line for more. Especially when our waiter Reggie came around to say that fresh fried chicken had just been placed on the buffet. Bless you, Reggie.

The biggest surprise here, however, was that my experience was so much better than the last time I visited, and that Uncle Bubba's was so awful this time over the last. Perhaps there is a conspiracy afoot here? 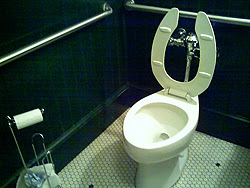 Anyway, onto the bathrooms: I visited two of the four toilets found here: The ones on the top floor (where we ate), and the ones on the ground floor (which we passed on the way out). I was about to head into the gift shop ones while we were there, but they called our names too quickly for me to get a look, so I had to give that one a miss.

The top floor ones were the larger of the two. It had one spacious stall with a nifty green wooden stall door around it, one urinal an done sink station. The bottom floor one was a "one bagger,"also spacious. Both toilets had an old-fashioned saloon look to them, with small mosaic-like while tiles covering the floor, green wood on the walls and dark marble counters and vanities. Also several turn-of-the-century photos covered the walls, extending the old-fashioned vibe. 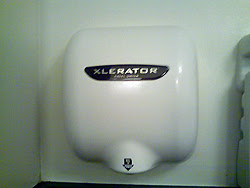 The toilets and urinals are white porcelain but also angular, which gives them a sense of elegance, especially when contrasted against the green walls and white floors. Sinks and soap dispensers were automatic, though both the first and third floor bathrooms soap dispensers were not working properly and pump bottles had been placed alongside the sink as a backup. There were no towels here either, but in their place were high-efficiency hand blowers, which jetted out air with considerable force. 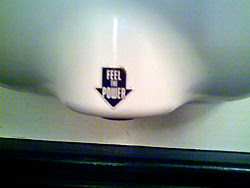 The only fault I found with either toilet was that each was located in busy stretches, and as a result you hear -- and sometimes even feel (especially if someone bumped into the walls) -- the passing traffic a lot while inside. This is especially true of the bottom floor toilet, which is positioned right next to the opening to the dish room -- or so it seemed -- and made me feel like someone was always trying to get in while I was there. They were also a little unkempt from the day's use (our seating was at the end of the lunch shift) but outside of that these were clean and comfortable -- which is more than I can say about Uncle Bubba's.

8. A little worn down from the shift, but clean and comfortable -- and a hundred times better than Uncle Bubba's.

Not too much to improve upon here -- so maybe this store should communicate better with Uncle Bubba's, because that place needs some serious help.
at 18:36

:) quite a 'niche' subject - first need travel info and impresssions - the world from the closet point of view...-weird