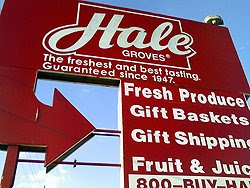 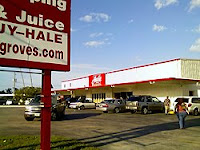 Tricky to find, even asking for directions from the staff.

This warehouse store features three distinct sections to it: an organic grocery featuring plenty of fresh veggies and fruits, as well as specialty foods (unique jars of sauces and dressings, regional candies, etc.); a retail warehouse area housing locally grown citrus and other veggies; and a behind-the-scenes storage area where all the items are stored and organized before hitting the sales floor. 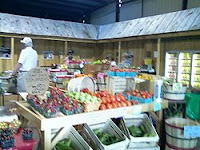 To find the bathroom, you must go into the organic grocery and specialty foods area, which, when facing the building, is the section furthest to your left. Once inside, head to the wall that is furthest left and find the cashier set along the back wall there. Notice that there is a door behind that cashier station. The bathrooms are behind there -- but not directly.

First, to go to the toilet, ask the cashier if you can use the toilet. They will open that door for you (otherwise it's locked and you won't be able to get in) and tell you to head beyond the storage area and employee break room there until you find the toilets. 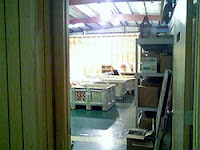 Of course, you'd think it's be easy to find the toilets from that point, but it isn't. The storage area and break room, while separated by a wall, house several doorways, and of course none of them house the toilets, which makes finding the bathroom eventually become a futile toilet-inspired take on "The Lady or the Tiger?"

Still, pass through the break room, heading to the back wall. Along the way, you'll pass a manager's offer and a storage closet or two, along with several openings to the main storage area and it's abundance of foods.

Once you're at the far back wall, turn left down a hallway opening. The bathrooms are there, on your right. 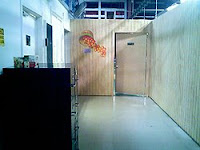 Hale Groves is one of Florida's top grapefruit pickers, and their fruit is usually very juicy and sweet (when people say they like Indian River grapefruit, they usually mean grapefruit from Hale Groves), and if purchased from their warehouse, you tend to get great fruit at bargain prices (especially if taken from the U-Pick bins out front). So do visit for their fruit.

But not for their toilets. The bathrooms aren't -- shall we say -- hot spots for freshness. 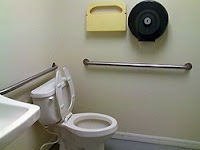 This is a bland-looking facility that looks like it would belong better in a mobile home office. It's functional, yes, but outside of that it offers little for you to remember except a foul smell.

The drywall walls are white and without character, and they do little to block out the sound around you. If people are working in the storage area, or are relaxing in the break room, you hear them. Similarly, because of the bland, basic design, you never once forget once while in here that you're in a temporary structure. Granted, it's a roomy place, with plenty of chances to stretch your legs, even roomier than the toilets at Golden Krust, though they are not as clean and well put together as those. 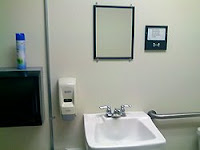 The toilet is in the far back corner of the place, and the sink, mirror and towel dispensers are in the middle of it, fixed to the back wall. The toilet and sink are white porcelain, and while the toilet was generally clean (not spotless though) and in working order, the sink had an issue with water flow, in that when you turned on the water a majority of the water came straight down out of the faucet but a bit of it also sprayed violently to the left, which in turn got you spritzed a little. 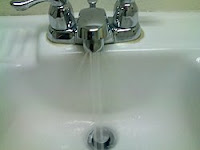 Also, as mentioned earlier, the place smelled a bit off, part of it due to the lingering odors of a recent visitor and part of it due to the fact that Hale sells agriculture and it requires special sprays to keep its stock free of insects and vermin. While not as ever-present as what I detected at the Little Pee Dee State Farmer's Market or Polk's Fresh Market, it was still pretty noticeable. 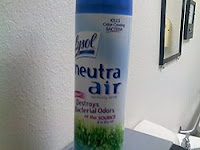 On the plus side: The place provides a few air freshener sprays for use, the easiest to spot being the one atop the paper towel dispenser. Though, having said that, the spray didn't really do much to actually "freshen" the air around me; instead it only lessened the power of the stink.

Still, it's better than nothing. I've recently visited worse places in ritzier locales that smelled worse and offered no defenses to visitors (including the supposedly uppity stores of the Total Wine retail chain). 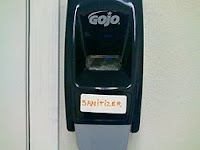 5. Nothing special and quite a trek to get to.

I have an idea few customers actually use this place, since the store itself has a strong roadside attraction feel to it. But that doesn't mean you can skimp on comfort. Some kitschy wall decorations (Florida Cracker stuff, for example) would be great here. Also, how about using a Glade Plug-In-styled air freshener that pumped in citrus smells? And how about fixing that sink?
at 14:18