DIY Store Needs to Take its Own Advice 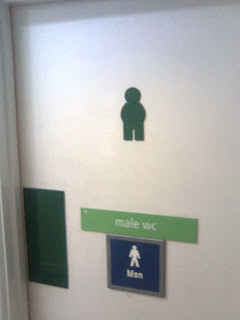 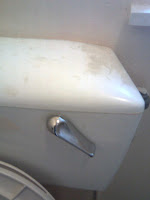 From the store entrance, head right past the tills and towards the customer service desk. Head left past two aisles and right into the third. At the end you’ll see the door to the toilets. Men's off to the right and women to the left.

Homebase are one of the main purveyors of those things DIY enthusiasts love. The store is targeted at those who don’t like the smell of sawdust, those who would really like it if DIY didn’t require quite so much patience and the mess and dust that it inevitably causes. 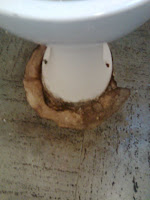 I guess this is an approach that the staff who run these stores take to the toilet facilities. The toilets are a prime example of a bodged and uncared for set of facilities. Let’s start with the walls. They may have been painted sometime since the building was built, but with the amount of dirt on them I really doubt it.

Then go to the toilet. When it was painted whoever did it slopped the paint all over the cistern. Neglecting to clear it up. Then you look at the floor. An example of such poor foundations to a floor I’ve never seen. If another earthquake hits Oxford you’d have to be afraid that it was going to open up into a chasm of significant proportions. If you flush the cistern then you get such a torrent of water, that has such force its shocking. Is this the devils own toilet? 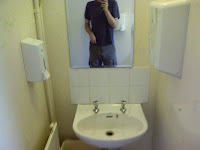 The urinal is similarly distgusting. So why oh why I ask is the sink so clean. It was the one and only thing that had received attention during the last few months. I’d not say it was spotless, but compared to the rest of the place it seemed so.

2. Ok if you really don’t have to touch anything. 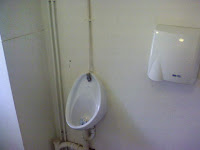 Comments to the management:

If this is an advert for what you sell in your stores I will not be coming back. I doubt you even meet the Health and Safety requirements for your employees, let alone the public!
at 23:47