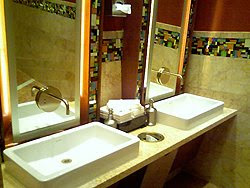 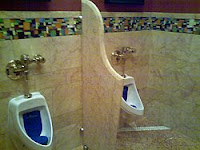 Located in the Wynn Las Vegas shopping mall (which in itself has some outstanding public restrooms of their own), this beautiful restaurant flows over two distinct dining levels. To get to the bathroom, head down the main staircase to the lower-level dining room.

Once at the bottom, resist the urge to go left (towards the waiter stations there) and spin rightward around the staircase and head towards the right side (with your back to the end of the stairs), heading all the time towards the hallway tucked into the corner there. (The set up is very similar to the Daniel Boulud Brasserie, located in the same hotel.)

Go down that hallway, which like Daniel Boulud Brasserie is a bit on the dark side, and you'll come to an enclave containing the entrances to the bathrooms. 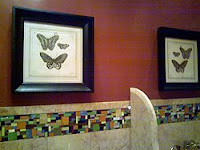 This is one of the best fish restaurants I've ever eaten at -- unbelievably good. And the whole experience made for one of the most memorable meals of my life.

The place itself is a decorative wonder. The top level, where you enter, is like an upscale tavern filled with dark woods and a sprawling mahogany bar on the far left. A circular staircase fills the center of the establishment. Taking it downstairs, you find yourself in a roomy, semi-circular main dining room filled with modernist seafaring decor: Shells on monotone painted walls. Elegant chandeliers. Large windows overlooking a man-made pond set in the center of the Wynn Las Vegas, which in itself has outdoor dining cabanas and circular orbs sitting in the water. 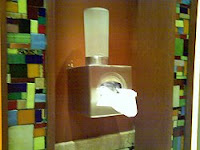 In a way, it's all a little overwhelming on the senses, and most people who have never been here before will feel a little disjointed when they sit down at the table. The service style is that of "in the know," as in those who have been here before know how it works and those new to the place must get their feet wet before proceeding. The menu isn't as self-explanatory as one would expect: There is an abundance of service options, from price fixe menus to fish ala carte to traditional pasta and meat dishes to specialty meals created specifically for you by the head waiter and chef. And each of those items can be broken down into sub-segments as well, if needed. 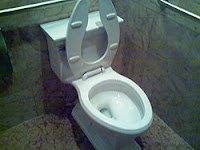 So naturally, having never been here before, it took nearly 45 minutes for myself and my companion to sort through our options, get advice from our waiter, chef and sommelier, and begin our dining experience. We are glad we took the time, because next time we come here we know how to get things started quicker. 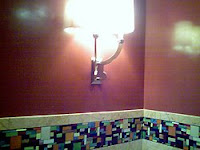 We opted for a price fixe menu consisting partly of menu-suggested items and partly of items created specifically for us. The menu consisted of a first course that was an assortment of grilled shellfish, including scallops, head-on prawns and octopus. The second course was a plate of pillow soft ricotta ravioli covered in seasonal white truffles from Alba. The third was a spaghetti in red sauce with spiny lobster. The fourth was a seafood risotto. The fifth was a whole roasted sea bream covered in a spicy red tomato and garlic sauce. The sixth was a dessert assortment consisting of various house-made chocolates, tarts, ice creams and more. We were very full when we left -- four hours later. 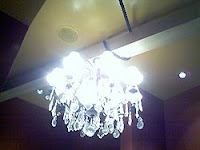 Now, I should say that I'm a major seafood fan and I know that freshness is key to great seafood. The seafood here, according to what we were told, all comes flown in directly from Italy itself, because the executive chef (Paul Bartolotta) insists that great seafood dishes cannot be made from fish from American waters. Not sure if that is true, but given the quality of the dishes served to us and pride in which they were prepared and served, I'm willing to give him the benefit of the doubt. 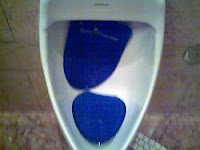 The grilled first course was filled with briny goodness, as well as a solid grill flavor, with hints of lemon and garlic to accentuate those flavors. The spiny lobster was soft and succulent -- yet meaty enough to be distinct within the strong tomato base. The risotto was the type I'd heard about all my life but never experienced firsthand -- a risotto where the fish flavor was blended so well into the rice that it captured the essence of its ingredients without the need to show them off; no large chunks of fish and shellfish here because ultimately that would have been cloying. The bream was delicate, soft, supple -- the best fish I've ever tasted.

And the raviolis, filled with a semi-sweet sheep's milk ricotta made in house and covered with an abundance of truffles, was other-worldly. A dish so rich and refined that it left we speechless. After eating it, I could absorb nothing more than the flavors it left lingering on my tongue -- the sort of dish that tells you, "All right, you can stop eating now, there's no reason to try anything else because nothing else will get better than that." 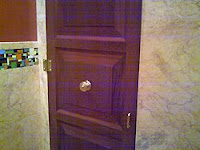 The desserts were outstanding too, I should add, but by the time they arrived I was so full (and drunk from the wonderful wines the sommelier selected to accompany our meal) that I could barely shovel them down. Note to self: Pace yourself better next time.

Given that, you can imagine how wonderful the bathrooms are. And like the meal itself they are tops -- one of the best I've been to.

Once going down that semi-dark hallway leading to them, I thought (as said earlier) that I might be stepping into an environment similar to Daniel Boulud Brasserie. But then once I got in I was reminded of where I was -- in the glorious Wynn Las Vegas, home to some of the best bathroom's I've visited -- and realized that these toilets were more than up to par with the rest of this establishment's fine toilets. In fact, I would go so far as to say that the bathrooms are more the creation of Wynn Las Vegas than Bartolotta. 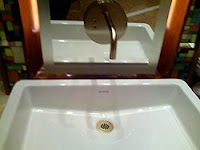 Like the dining room, these toilets work in a modern tropical feel, one that is both decorative but understated. The room itself is not large but never feels small. After entering, you'll see a two-sink vanity in the far right corner. Opposite them, to the left of the door, are two white porcelain urinals, and opposite them, against the back left wall, are two toilet stalls, both with floor to ceiling full-wall dividers (like what was seen recently at J. Alexander's in Orlando) and full wooden stall doors (a modernist spin on what was seen at Paris Las Vegas Hotel and Casino). 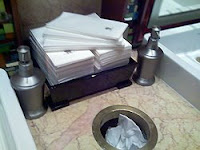 The floor is covered with tiles of that look like a mix of marble pattern and pool patio surfaces -- and with thin grout lines in between to give the allusion that the entire floor is one surface. The walls have a sheer marble tile on the lower parts and brown-maroon paint on the upper parts. Combined, it gives the place a stately yet homey feel -- like a pool bath if it were in a museum, so to speak.

The urinals are standard but have elegant marble dividers between them and framed mosaics of butterflies overhead (further proof of the Wynn's influence, I think, since the hotel is filled with butterflies). The urinals themselves have a thick mesh within them, that absorbs pee and ensures there's no splatter.

The stalls are reminiscent to the look and feel of the stalls at Wynn Las Vegas and the aforementioned Paris Las Vegas Hotel and Casino, in that they are completely isolating and provide much privacy and good lighting.

The vanity is something special. The sinks are square shaped and short (similar to what was seen at Whole Foods South Orlando) and have automatic spigot-shaped faucets. There are two intricately framed mirrors (with frames made of medium-stained wood and colorful mosaics) hanging over each sink, with some modern metallic box-shaped lanterns in between. Paper towels and soap dispensers sit between the two.

The tile work merits special mention, as it forms both the dividing trim around the perimeter of the bathroom as well as in between the sink stations. It's festive, intricate -- almost like a modern spin on Tiffany glass, if you will. Because much of the tile work around the bathroom is stately and monotonous, the highlights here extend much personality to the place. Classy yet playful -- capturing the spirit of the restaurant outside -- yet because it forms the boundaries of the bathroom it's also functional.

As you can imagine, the place was spotless and odor free. Lighting was soft but also bright -- thanks to the chandelier overhead and those box lights. If I had to quibble about anything, it would be that the trash hole in the vanity was too full -- but I came by later for a second stop before leaving for the evening and that problem was fixed. What a place!