Watch Out for Dangerous Nun On the Run 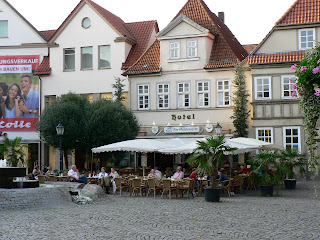 No web site but there’s a good picture on google earth. 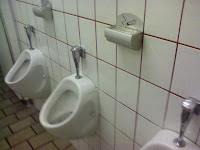 You might want to jot this one down. Go through the main front doors of the restaurant. Head to the bar at the back of the restaurant. You’ll think this is the end of the place, but you’d be wrong. Look right and you’ll see a little passage that looks like it should head to the kitchens. Go down it and you’ll see it opens up into a whole second restaurant. Go down there and on the left there is an entrance to the toilets. Women head right, men to the left. 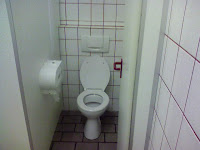 Hameln (Hamelin to you and me) is the place where the Pied Piper did his stuff. Very quaint and very clean. The town has a family vibe to it that makes you feel at home, and although I’m sure its more of a tourist trap than we would have seen early evening midweek, it seemed to be mostly German speaking and authentic.

They also did some great beer and after a tough meeting earlier in the day I’d have to admit to having partaken in one or two (or was it three) before I decided to head off to the toilette. I headed off to the bar looking forward to the imminent consumption of goulash. When I got there I managed my German for where’s the toilet and was obviously still sober enough to understand the instructions coming back at me. But could they really be correct? Getting ready for the mugging I found myself in the second restaurant, with several other diners eating away. Not so weird after all. And oh yeah, there are the toilets. 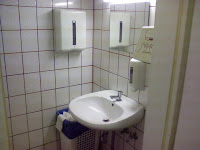 So there I am entering the toilets, for no particular reason feeling rather smug with myself, when the door is flung open and I am literally knocked over by a flying nun who is positively running. At this point I just give up. Pied pipers I’m prepared for but a very Italian Whoopee Goldberg was not what I was expecting.

So what about the toilets? Well, I guess the drama of getting to them has something of the entertainment factor. When you get in there the facilities have the feel of being Wimpy cast offs that have been around for a few years. Red grout and white tile never did it for wimpy and it certainly didn’t do it here. The toilets are also pretty cold on what wasn’t a cold day, but given that they are clean and everything worked they were certainly serviceable. 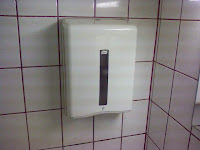 5 as they could do with some updating.